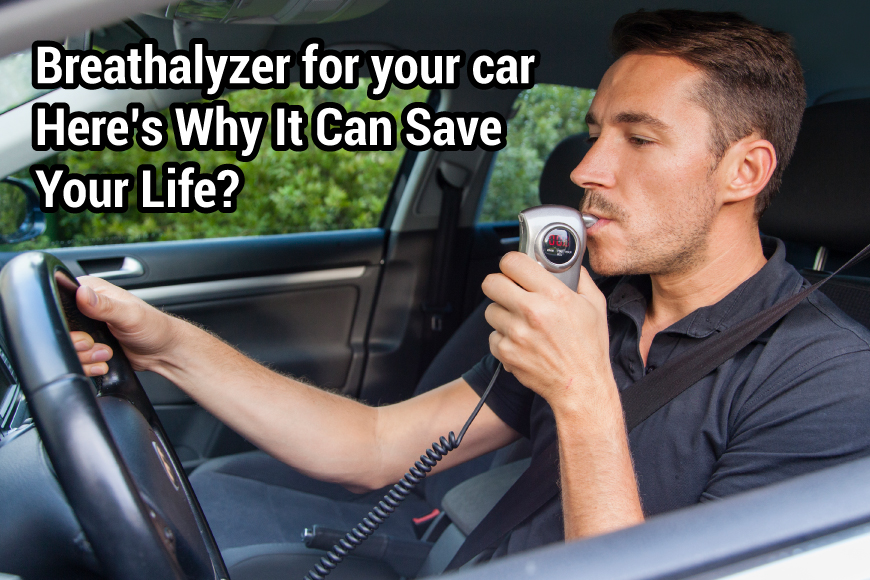 Breathalyzer for Your Car – Here’s Why It Can Save Your Life?

Since the production of commercial vehicles started, drivers have been through a lot of accidents in which a large portion is due to the consumption of alcohol intake. At this age, there are much more numbers of cars than it was a few years before.

Whether it is by the negligence of the driver or any other reason, if the driver is drunk then it has to be the main reason for the accident. Per annum, almost 1.2 million people lose their lives in road accidents. So, the question of interest here becomes, how can we deal with it? The solution is a car breathalyzer.

Luckily, we now have an excellent solution to this problem that can save thousands of accidents and hundreds of lives per year that are lost due to this reason. The car breathalyzer is a unique device that is engineered for the protection of the driver and passengers.

It is now so important and effective that many countries have made it mandatory for their drivers to carry a car breathalyzer with them. Luckily, we now have this excellent solution that can save thousands of accidents and hundreds of lives per year that are lost due to this reason.

How Does It work?

So, when you try to start your car you will have to submit a sample of your breath from which the device calculates the amount of alcohol you have consumed. If you have consumed alcohol in a greater amount it will not pass the signal to the car to start.

The device is installed near the driver seat and makes it easy to reach for them. The amount of alcohol varies according to the countries so you can also set up the minimum and maximum amount of alcohol that allows your car to start.

Modern Breathalyzer is equipped with peculiar alcohol fuel cells that work as censors. In this device when the user blows it the alcohol in the breath undergoes an oxidation process to generate an electric current that is further analyzed and detects whether the alcohol level of the person is below the average or above.

This device now comes with an activity log as an additional option that helps you keep track of the activities up to 60 – 90 days. This allows the officials to see whether the driver is in a good routine or is a habitual drunk driver.

In some countries, car breathalyzer is installed by law enforcing agencies for those people who get caught drunk driving. It will only take a moment for the device to analyze the saturation level.

This device has a long-lasting effect on the driver. It can change the frequent habit of drinking and driving of the user as it will not allow the user to start the vehicle.

It has positive effects on road traffic because the increase in the number of users of car breathalyzers will ultimately bring more peace to the roads and less rash driving will result in a significant amount of fewer car and vehicle accidents on the roads.

It is estimated that the Imposition of a car breathalyzer can save up to 800 lives per year only in the United States of America. It shows how much value it can add to the whole world and can play a significant role in lessening the number of car accidents and death in the whole world.

Although the car breathalyzer is a significant device in road safety it has some disadvantages as well. This device is a little bit cheaper than the device used by the officials so; it has a lower rate of accuracy according to the tests. This can make a huge difference in its products as it can sometimes show higher or lower levels of blood alcohol that can make the driver frustrated.

Due to this effect, the device will sometimes be showing a higher level of blood alcohol, and because of that, the engine of the vehicle would not start making a loss of money and time to the user.

You have to keep blowing the machine while driving after a certain limit of time to ensure the device that the driver is not drinking in the car.

This is also a good feature but it can make the driver very frustrated because the alarm goes off after a certain limit of time.

According to some general studies, the statistics show that car breathalyzers can give up to 50 percent wrong results, and that happens in both ways.

1. It can show a low level of blood alcohol.

2. Or it shows a very high level which the driver has not originally consumed.

A car breathalyzer will prove as your saving angel, as it will keep you on track regarding your consumption level and whether it’s safe for you to drive or not. But there are some glitches as well as there are in any product and that can cause you some problem. Nonetheless, if you keep it updated and get it checked, it will be a lifesaver for you.